Some are far older than others, but listed below are some of my favorite films on Netflix that have been around for awhile. Enjoy, and please be sure to share your recommendations in the comment section below.

Coffee and Cigarettes (2003) is a feature film by Jim Jarmusch which consists of 11 short vignettes. Each vignette features coffee and cigarettes, and when assembled together many carry similar themes throughout the feature. Not only do I find Coffee and Cigarettes to be quite visually compelling, but the performances and absurdity of each scene is truly entertaining. Thematically, there’s a lot going on in this film, and it was interesting to read different analyses of each scene and the film as a whole after watching. The cast is a wonderfully mixed group of actors and musicians, including Bill Murray, GZA, RZA, Cate Blanchett, Meg and Jack White, Steve Coogan, and Iggy Pop, among countless others.

The Fisher King (1991) is part fantasy, comedy, and drama. Directed by Terry Gilliam and written by Richard LaGravenese, the film stars Jeff Bridges as a radio DJ who tries to redeem himself by helping a homeless man named Parry, played by Robin Williams, whose life he inadvertently destroyed. The film also features Mercedes Ruehl, who won the Academy Award for Best Supporting Actress, and Amanda Plummer.

I had to include at least one Robin Williams film in this list, and although there were many options on Netflix, I decided on The Fisher King because I think the role of Parry truly exemplified Williams’ ability as both a comedic and dramatic actor.

Tiny Furniture (2010) stars Lena Dunham as Aura, a recent graduate who has moved back home and has no idea what to do with her life. Also written and directed by Dunham, the film focuses on Aura’s relationship with her family, friends, and love interests, and how those relationships shape her identity and reflect on who she is.

Despite the fact that this film has been on my radar since 2010, I hadn’t gotten around to watching it until recently – but I’m happy I waited. Although I’m not exactly like Aura, there are many similarities between her and myself that struck a chord. Not only did I graduate fairly recently with a similar degree (hers was film studies, mine film production) but I have also moved back home and find myself confused about the future. Tiny Furniture is an especially great film for young women who are trying to navigate their way through their twenties. Aura is plagued by universal questions: Who is she? Are her friends really her friends? Where does she belong? And most importantly – what can she do to make sure she’s truly happy? 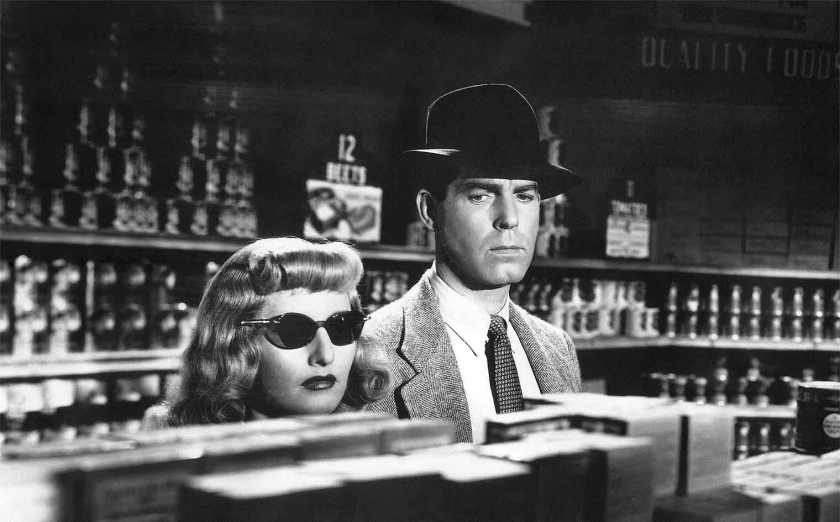 Double Indemnity (1944) is a classic film noir directed by Billy Wilder and written by Wilder and Raymond Chandler. I don’t want to go into the story because when I first watched the film I had no idea what it was about and that was a thrilling way to watch the plot unfold. I will say, however, that Barbara Stanwyck is wonderful as the film’s femme fatale.

The Naked Gun: From the Files of Police Squad! (1988) stars Leslie Nielsen as Frank Drebin, a detective who works to uncover a plan to assassinate Queen Elizabeth II during her visit to Los Angeles. This movie is so goofy with a visual gag at every turn – I found myself laughing out loud almost the entire way through. The Naked Gun is the perfect thing to watch when you want to end a stressful day with some grade A+ american comedy.