The Christmas season is in full swing and it’s time to make some hot chocolate and catch up on a few classic holiday films. Here are my five favorite Christmas movies – what are yours?

4. The Original Christmas Classics: The claymation Christmas classics make up more than one movie, but I can’t pick a favorite between them so I’m including them all in spot #4. From The Year Without a Santa Claus, to Rudolf the Red-Nosed Reindeer and The Little Drummer Boy, I am sure that these films are going to continue to be popular for decades to come. Although the claymation classics have not aged seamlessly, there is something so timeless about them that makes each generation of children love them as much as the generation before. 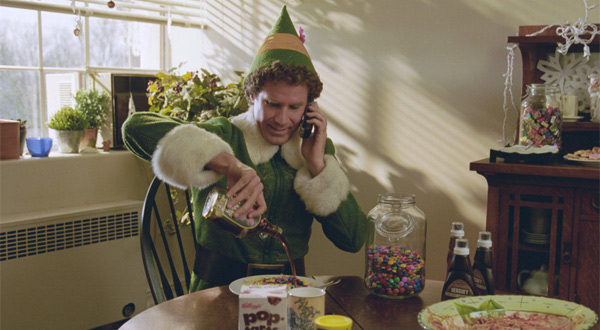 1. Elf: Will Ferrell is one of my favorite comedic actors, but Elf is the kind of movie people who don’t like Will Ferrell can still enjoy. Roger Ebert even loved it, writing in his review of the film “This is one of those rare Christmas comedies that has a heart, a brain and a wicked sense of humor, and it charms the socks right off the mantelpiece.” If you’ve been putting off watching Elf because you fear it’s just like any other clumsy contemporary Christmas comedy, well you’re completely wrong. Watch it!