In no particular order, here are a few of my favorite performances of the year based on what films and television shows I watched in 2014. What performances stood out to you this year?

Chadwick Boseman (Get on Up) → Although Get on Up had its flaws, Chadwick Boseman’s performance as James Brown was practically flawless. I believe he deserves an Oscar nomination, but unfortunately that’s not likely to happen.

Kevin Spacey (“House of Cards”) → Kevin Spacey is Kevin Spacey, so he’s basically amazing in anything and everything, but there’s something special about his role as Frank Underwood. When he breaks the fourth wall and talks to you in that smooth southern accent, it’s awfully scary and spectacular.

Rosario Dawson (Top Five) → I love Chelsea Brown. She’s funny, interesting, quick-witted, and smart, but also flawed – making for a female character with actual depth. I read that Rosario Dawson took some convincing from Chris Rock before she took on the role, but I’m glad she did because it was a wonderful casting decision.

Eddie Redmayne (The Theory of Everything) → Eddie Redmayne’s performance was magnificent! There’s no denying that playing Stephen Hawking is a daunting task, but he truly embodied Hawking – literally and figuratively.

Woody Harrelson (“True Detective”) → Woody Harrelson shines as Marty Hart, the deeply flawed detective who tries to cover up his troubles with a tough and unflappable facade. Together Harrelson and McConaughey make such an interesting team, with a pretty great chemistry, whether they’re butting heads or getting along.

Tilda Swinton (Snowpiercer) → Tilda Swinton’s character is just as wild and intense as Snowpiercer itself. She plays a brutal and peculiar woman, and you’ll just have to watch the movie to see exactly what I mean.

Rosamund Pike (Gone Girl) → If I say anything about anything I will give away Gone Girl. Rosamund Pike is great. That’s all I’m saying.

Michael Keaton (Birdman) → GOODNESS I love Birdman. In fact, it’s my favorite film of the year. Michael Keaton’s performance is magical, and I  just want people to watch this film, so please go see it.

Scarlett Johansson (Under the Skin) → Scarlett Johansson literally gets under your skin in this film. Her quiet performance is riveting and sensual, and it really made me respect her as an actor in a way I hadn’t before.

Uzo Aduba (“Orange is the New Black”) → Crazy Eyes/Suzanne may be one of the best characters on television today. Uzo Aduba’s character is so enjoyable to watch because she’s tremendously complicated – one minute making you laugh, the next minute breaking your heart. Plain and simply, Aduba is just AMAZING in the role.

Emma Stone (Birdman) → There are a few moments in Birdman in which Emma Stone absolutely shines. I’m hoping she receives a Best Supporting Actress nomination, and I’m quite sure she will. Stone and Keaton also have a great father-daughter chemistry that’s interesting to watch.

Jake Gyllenhaal (Nightcrawler) → Lou Bloom is a the definition of a capitalist, doing whatever it takes to build his business. He slithers through the night; a nocturnal creature whose motives and ethics don’t seem to exist. Jake Gyllenhaal truly captured the essence of a man doing his best not only to survive, but to thrive. I read that Gyllenhaal picks an animal to represent each of the characters he plays and that Lou was a coyote. How cool is that?

Robin Wright (“House of Cards”) → Claire Underwood is not the type of woman I’d ever want to mess with. Robin Wright has perfected the coldness of her character, and is so deliberate with every move she makes. She’s wonderful to watch as her mere presence forces those around her to cower in fear. Claire Underwood is a powerful woman, and she rocks an amazing wardrobe too.

Bill Hader (The Skeleton Twins) → Bill Hader is hilarious, but in The Skeleton Twins he proves that he’s also a talented dramatic actor. Knowing that Hader was playing a gay man, I was a little concerned that he may end up being a caricature, much like his former SNL character Stefon, but I was pleasantly surprised by how natural and nuanced his performace was.

Laura Dern (Wild) → I’ve seen Laura Dern in a few interviews and she always seems like such a happy and kind person, much like her character in Wild. I love that Dern brought a level of kindness and compassion to her character that other actors may not have been able to achieve so easily. 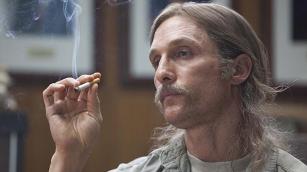 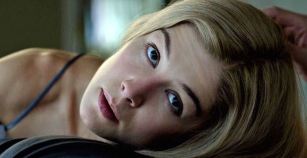 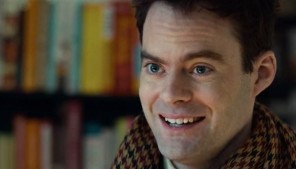 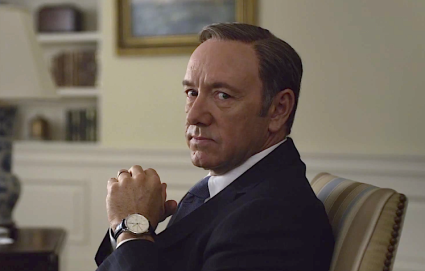 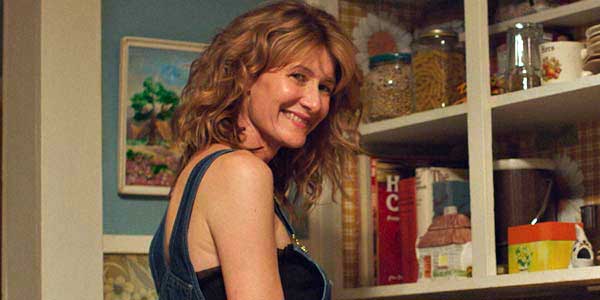