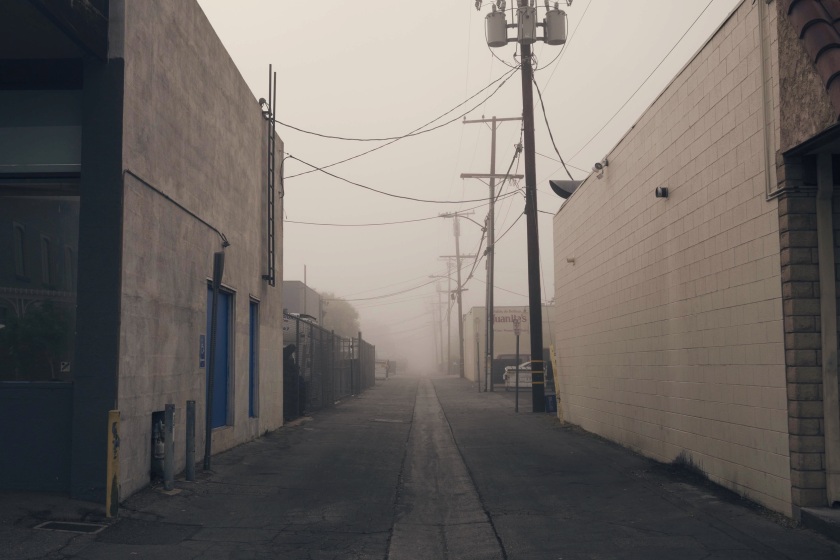 Yesterday I showed up to work two hours early, so I originally wrote this post sitting in a coffee shop, drinking coffee and scribbling with my bright red pen in a crisp new notebook that I had just bought because I had nothing on me.

Empty notebooks are exciting objects. What will I fill the pages of this new one with? The feeling of not knowing what is to come is quite freeing. I just write and write and write until there are no more pages left and I’m forced to buy yet another one and fill it with more. Most of what I write is nonsense – lists and goals and dates and appointments – but sometimes, it sticks.

Here’s what I chose to write about:

Since I moved to Los Angeles, a lot has changed. I realized that I was strong enough to do it, but I am going through the motions of missing home immensely. For some reason I was under the impression that moving to LA was going to be an easy transition, because in many ways, it’s similar to home. The city is progressive, the people embrace art and diversity, and everyone drives everywhere. But I overlooked the details that I could only truly understand by living here. What’s most troubling to me is the city’s extreme income disparity.

I’m living in a fairly affluent part of downtown, which I can only afford thanks to having more roommates than bedrooms. I feel safe and have access to numerous amenities. My favorite thing about the location is its convenience. It’s not far from USC, Target, Ralphs, a movie theater, and many of LA’s most frequented freeways. To be honest, I probably couldn’t have found a more suitable spot to call home.

But what’s a little surprising is that I’m just 1.5 miles from Skid Row.

Before coming to downtown, all that I knew about Skid Row I learned from movies, television shows, newspaper articles, and discussions on NPR. During my first night here I drove right through it, because I didn’t know where I was going. Since then I’ve been through the neighborhood a handful of times, because sometimes that’s where my GPS takes me.

On each occasion I’m never scared. Instead, I simultaneous feel sadness and rage. I wonder, what lead each person here? I acknowledge that there’s nothing that separates them from me. Maybe if my life turned out just a little differently, I’d be there too.

What’s striking about driving through Skid Row, towards the more prosperous parts of downtown, is that the transition from extreme poverty to extreme wealth is almost immediate. Suddenly, you may see a gold Lamborghini speed by or a woman walking in Louboutin heals. The transformation is that instantaneous, and the juxtaposition is bizarre and troubling.

I recently watched Lost Angeles: Skid Row is My Home, a documentary about Skid Row and those who live there. It was an extremely eye-opening film that I recommend to anyone, but especially those living within the LA area. The film focuses on the criminalization and disenfranchisement of Skid Row’s homeless, the human rights atrocities that are committed in the area, and the general problem the United States has in dealing with mental health issues.

Despite the city’s palpable wage-gap problem, I still think Los Angeles is a spectacular place to call home. I hope that in the coming years, improvements will be made at the state and city level to ensure that this place doesn’t just consist of rich folks who are getting richer and poor folks who are getting poorer. For such a booming economic state, California needs a stronger middle class in order to sustain its foothold as the west coasts’ epicenter for art, culture, and business.