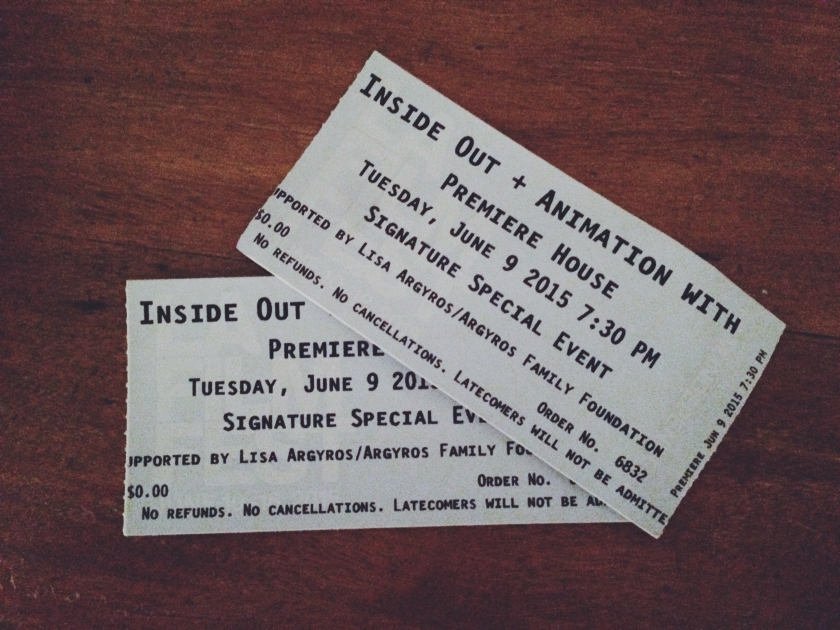 Although the Los Angeles Film Fest officially opens today, last night I was able to attend a pre-festival screening of Pixar’s Inside Out, which was preceded by a Q & A session with the film’s director, Academy Award winner Pete Docter. Docter, who also directed Up and Monsters, Inc., gave spectacular insight into his process as an animator, storyteller, and director. What I found most interesting was his belief that an audience is better able to relate to animated characters because of the way they portray emotion. He said that in many ways, one can feel that they know an animated character better than their own friend; a statement that upon further examination, I must say I agree with. It seems that through the physicality of animated characters, you can know much about them with just a single glance.

Docter and moderator Elvis Mitchell discussed how the physical representation of a character, and their introduction to the story-world, work to immediately give you an idea of who they are. One example they used was the shape of the characters in Up: Carl is a block who is grounded, while Ellie and Russell are round shaped, like balloons. When Carl’s house first lands in Paradise Falls, the rocks surrounding the area are square and have sharp edges, but as he becomes closer with Russell the rocks become rounder. From Carl and Ellie’s chairs, to their picture frames (his square and basic, hers round and ornate), we can see who each character is based solely on their environment.

The same focus on character environment and physicality is featured in Docter’s latest film Inside Out, which is nothing short of magical. I laughed, I cried, and I was blown away once again by Pixar’s creativity and imagination. I don’t want to say much about the film because I would hate to spoil the experience, so please just do yourself a favor and see it! I know I’ll be seeing it again soon.

Inside Out debuts in theaters in the U.S. on June 19th.