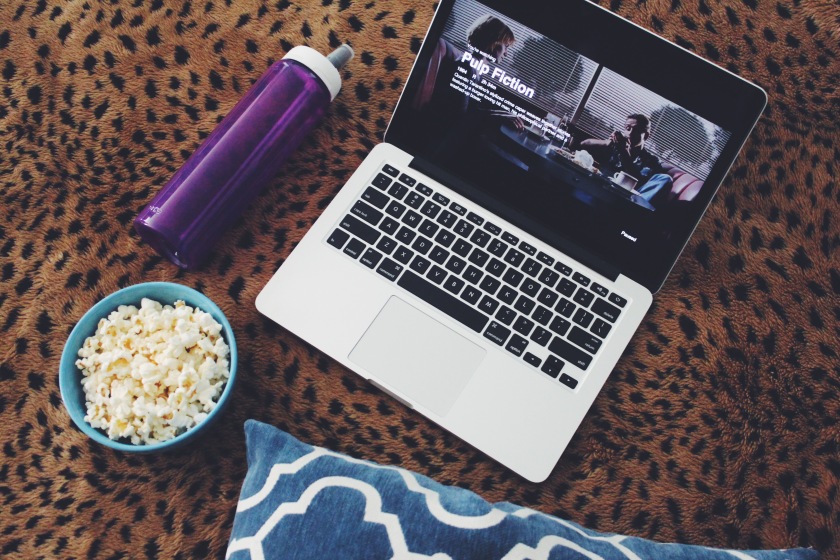 In a recent interview with Vulture, Quentin Tarantino voiced his opposition to streaming on a small screen:

“It’s just a generational thing, but that doesn’t mean I’m not depressed by it. The idea that somebody’s watching my movie on a phone, that’s very depressing to me.”

Though I believe that nothing trumps absorbing a film in a dark theater with your loved ones sharing the experience with you, or even just alone, it seems that having the chance to watch at home has fortified our ever-evolving relationship with media. We can now watch movies or shows in bed, on a plane, or in a car. One could argue that this new way of watching has destroyed the experience a little (and the intentions of the medium itself), and maybe that’s true, but one could also assert that it has strengthened the relationship between the viewer and what they’re viewing. Accessibility and intimacy has revolutionized media. Our role as audience members is less formal, and in many ways more powerful. We consume in a manner that has muscled its way into our day-to-day life. Watching something is no longer a formal enterprise, it’s just a part of our day.

Seeing something in theaters is always my first choice, but sometimes I don’t have the time or money. There are certain films, such as recent Best Picture winners 12 Years a Slave and Birdman, which, by virtue of their impeccable cinematography, demand to be seen on the big screen. We should never stop going to the movies. But watching at home means watching more, and that’s something that I think is immensely important in today’s day and age. Film and television in many ways serve as gateways into the inner-workings of our society. By watching more we can learn, critique, and grow. And if that means lying in bed with an iPad, then by all means, I’m for it.

What are your thoughts on the rise in streaming services and what they mean for filmmakers like Tarantino?

It should be noted that Quentin Tarantino bought the historic New Beverly Cinema in Los Angeles in 2007, after the announcement that it was going to be redeveloped. The theater screens double features every night in 35-mm and is an absolute Los Angeles treasure. If you’re in the Los Angeles area, please be sure to attend one, or both, of the nightly screenings.