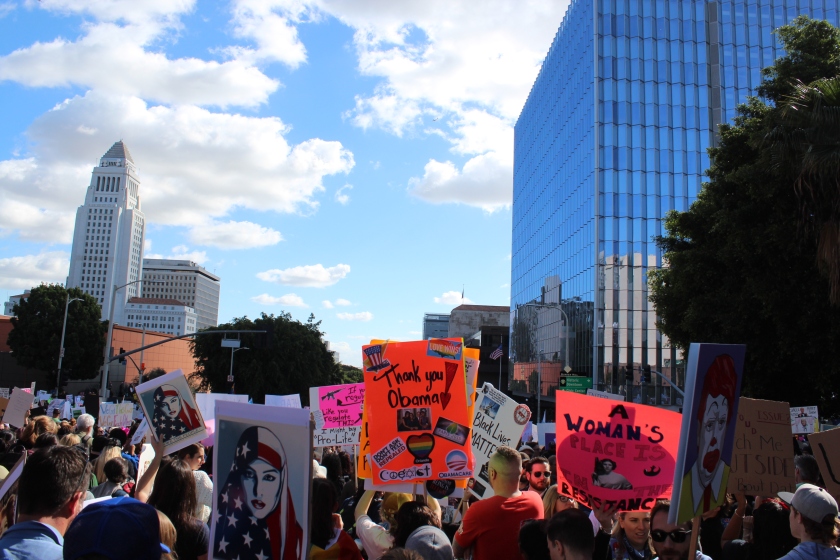 The Women’s March on Washington went global y’all (see: Pictures From Women’s Marches on Every Continent). And the Los Angeles sister march drew over 750,000 protestors – more than 10 times the number expected!

Taking to the streets with a diverse community of progressive feminists (from all ages and walks of life) was an experience that meant so much to me. In spite of a dreadful Friday, and past year, the Women’s March served as a beam of light. There I saw hope in the form of thousands and thousands of people who are prepared to resist our frightening and repressive administration. We are the resistance. We will fight oppression and injustice together. In the words of Hillary Clinton’s campaign slogan, we’re stronger together. Oh, and love trumps hate!

Here are some photos from the LA women’s march. Though they don’t capture the scope of the march or the shared sense of urgency permeating the air, I thought they were worth sharing: 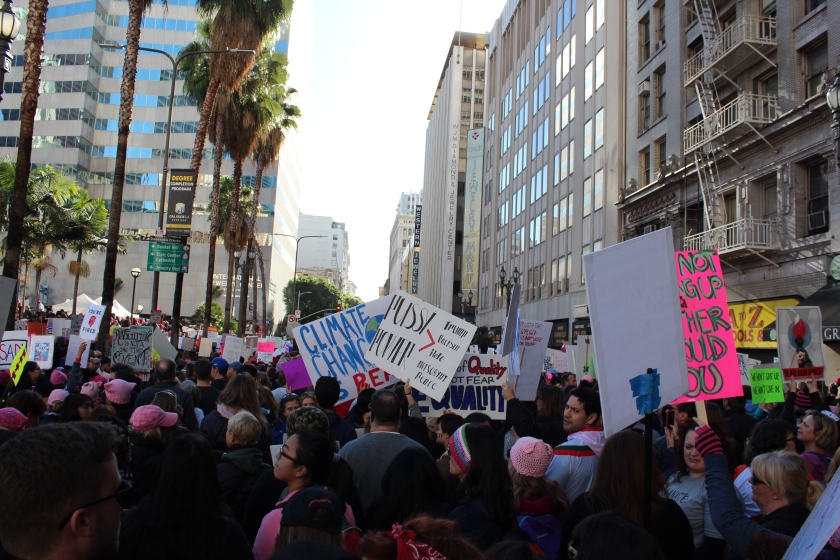 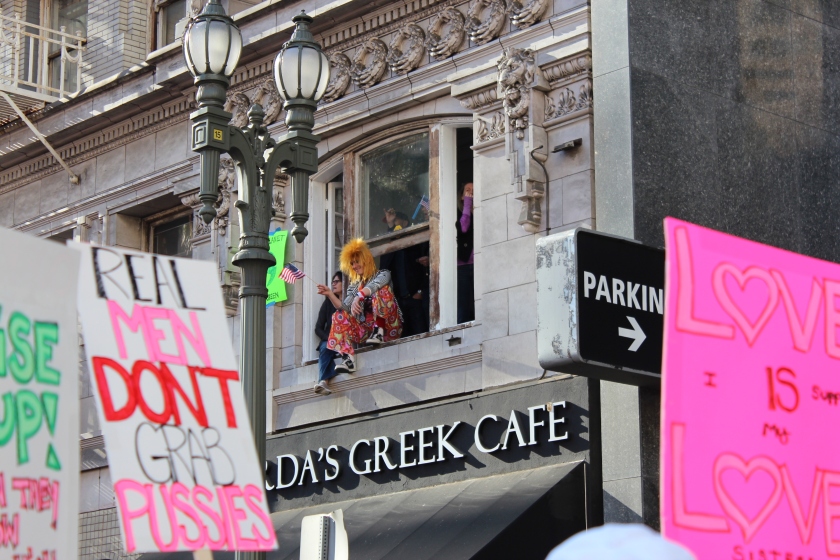 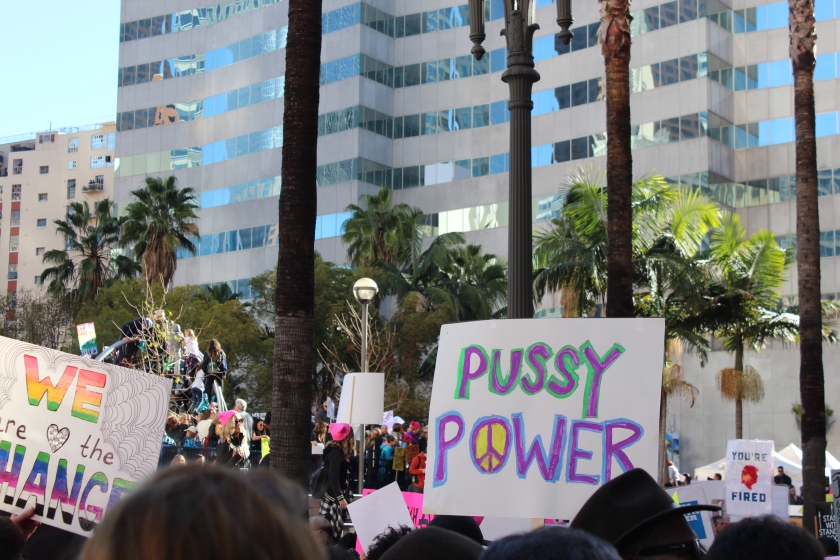 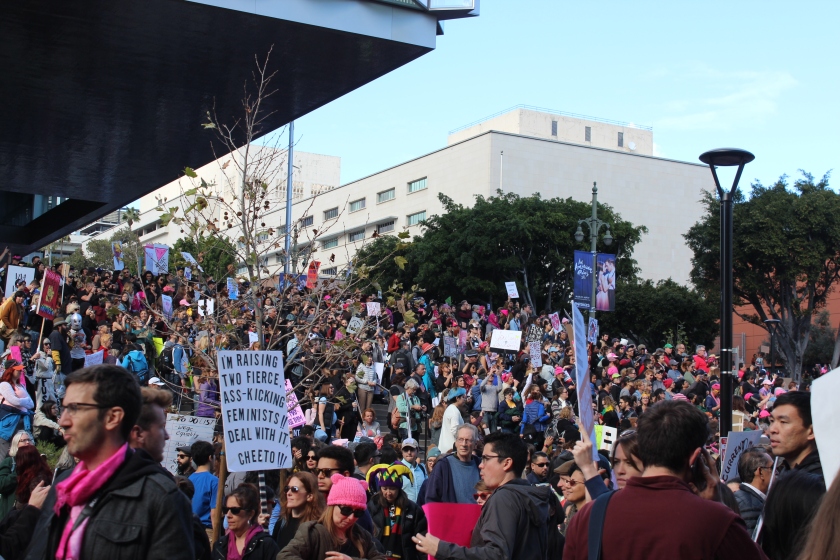 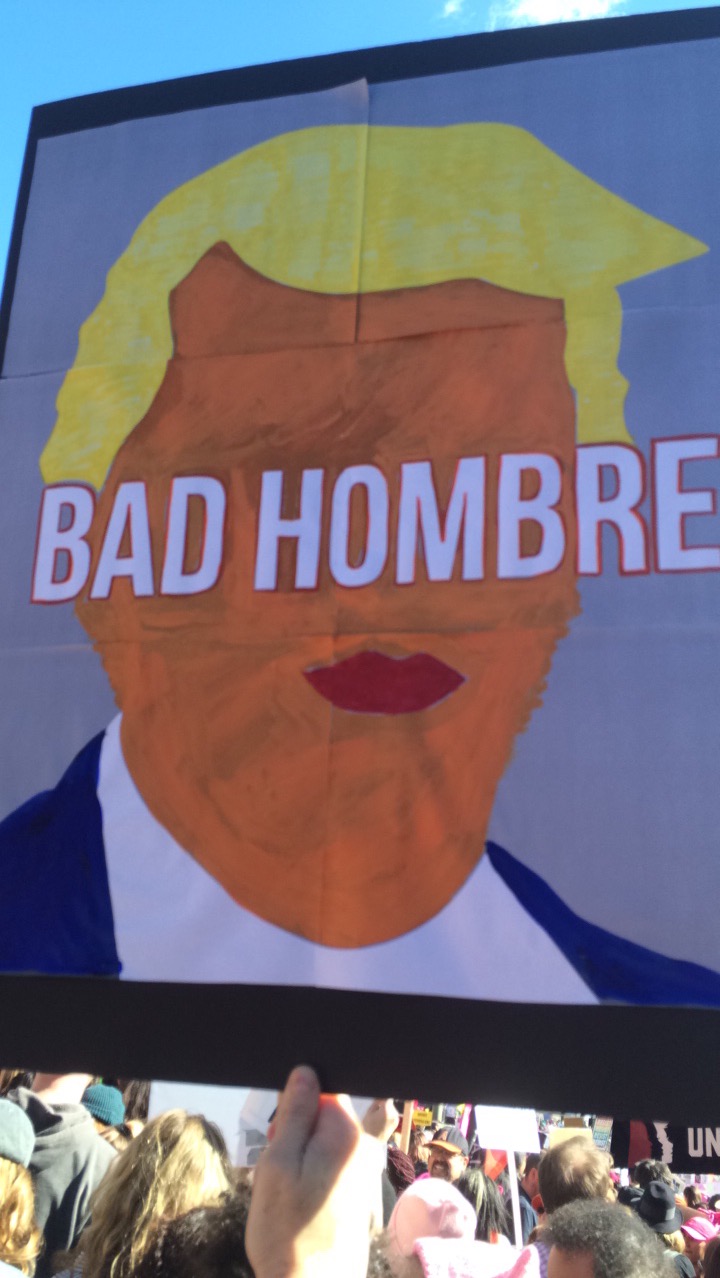 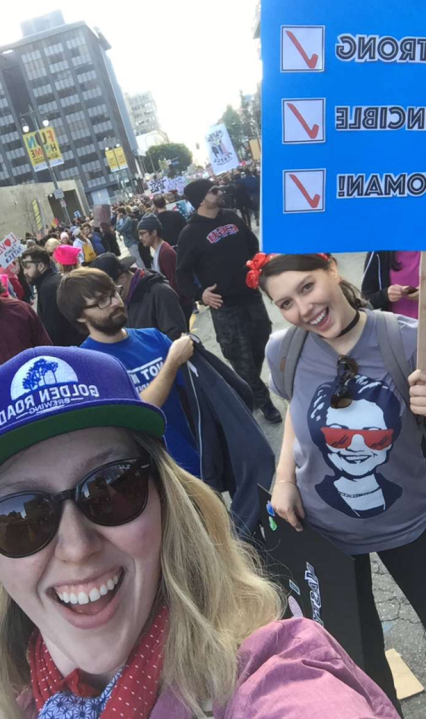 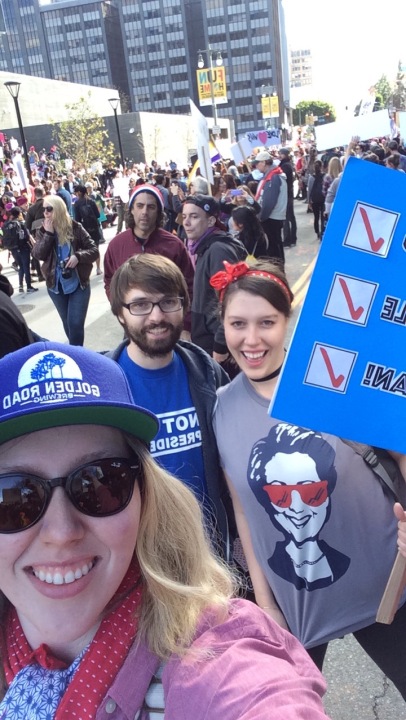 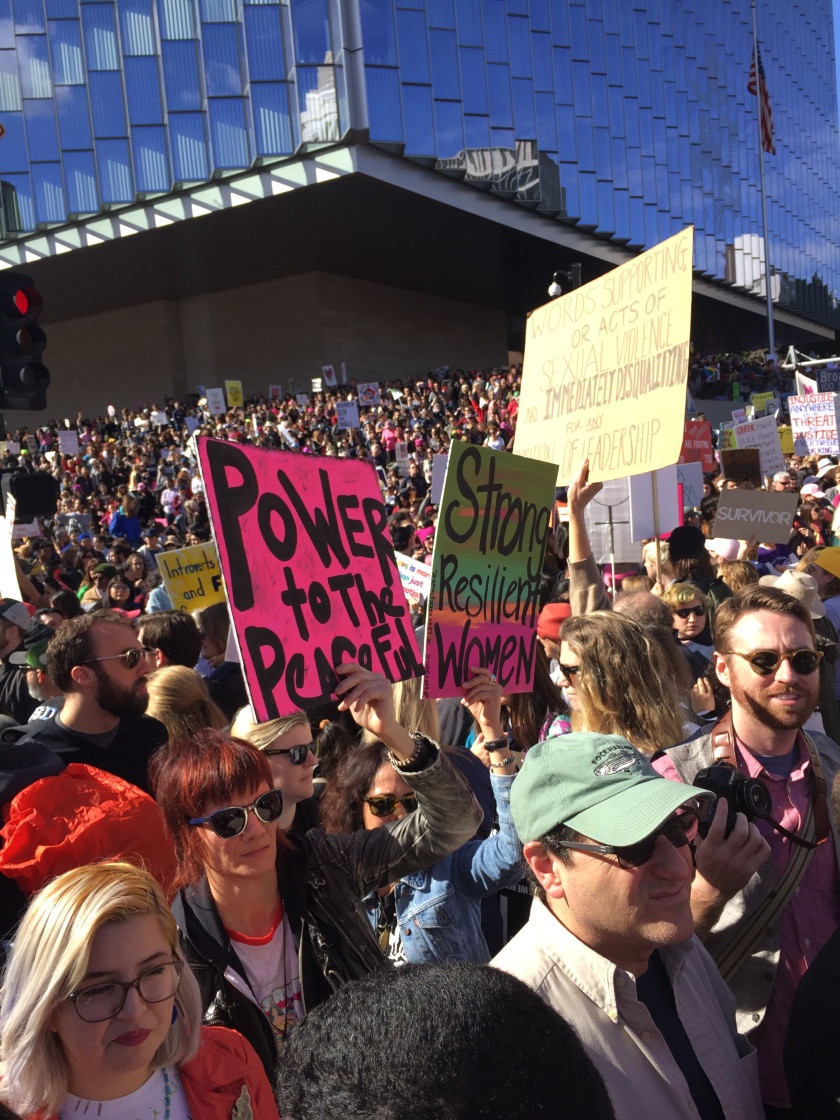 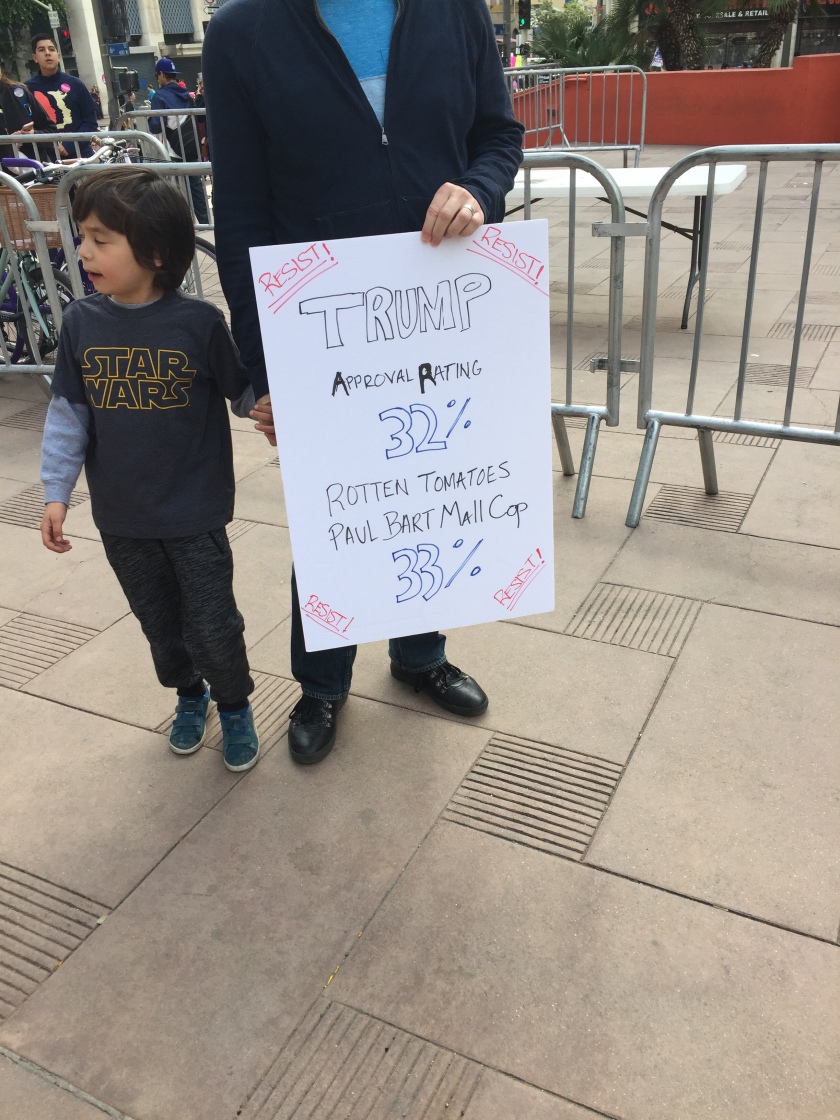 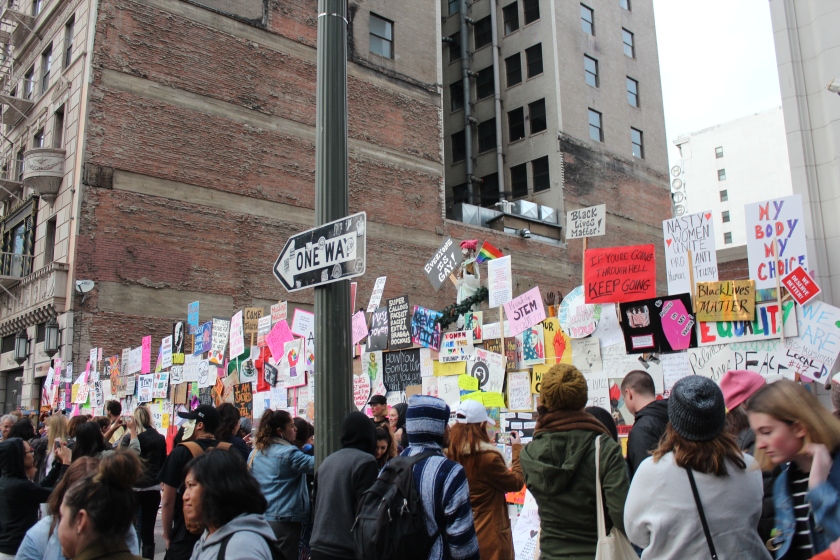