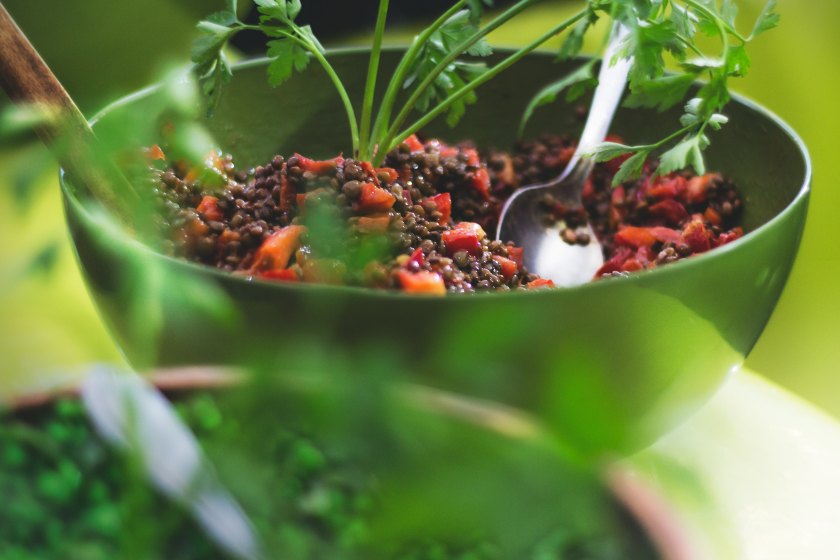 This post is a slightly tweaked version of a paper I presented as part of the Political and Social Subtexts of Food panel at the 2017 National Pop Culture & American Culture Conference in San Diego.

Thanks in part to social media, being vegan in America has become more acceptable and even “cool” in some circles. But more importantly, digital vegan activists have made veganism approachable for many of those who may not have access to the movement otherwise. YouTube and Instagram, in particular, seem to be platforms in which vegan content creators can work to normalize the lifestyle, while simultaneously creating a digital social community where vegans can find the support and resources they need to sustain their lifestyle decisions.

Based on current food industry trends, the U.S. vegan population appears to be on the rise, though the exact increase is difficult to gauge since recent reliable data isn’t available. But with major ice cream companies such as Ben & Jerry’s and Dreyer’s now offering dairy free flavors, and a wheat, coconut oil, and potato-protein based veggie burger funded by Bill Gates being served at a Michelin starred restaurant, it’s a safe bet that companies are responding to rising consumer demands for plant-based options.[1] In addition to the recent expansion of vegan food products made available by large corporations, there’s also been a notable surge of vegan content online.

Because there are several approaches to vegan activism, vegan content creators on YouTube employ different textual and rhetorical methods in the production of their work. There are generally seven types of vegan content found on YouTube, including cooking, lifestyle, health and fitness, bodybuilding, raw vegan cooking and lifestyle, explicit vegan activism, and informational content from vegan institutional sites such as PETA, Mercy for Animals, and Farm Sanctuary. Digital content creators who work within the cooking, lifestyle, and health and fitness categories are noteworthy because they often employ an aesthetic and rhetorical approach seemingly designed to appeal to a youthful, mass audience. These YouTubers are predominantly young women who emulate the production and distribution tactics of popular mainstream beauty and lifestyle YouTubers. Such vegan content creators seem to mirror non-vegan beauty and lifestyle production and distribution practices in order to access a wide audience (including omnivores), while simultaneously normalizing the vegan lifestyle. They use YouTube as a platform to spread their vegan message, and as a tool to advance their careers within vegan-related industries. Many of these YouTubers also use Instagram as an extension of their online network. As image-driven social media sites, YouTube and Instagram work hand-in-hand to build and foster each YouTuber’s digital communities, while also creating a space in which vegans have support for sustaining their lifestyles.

In her 2000 essay, “Once You Know Something, You Can’t Not Know It” An Empirical Look at Becoming Vegan, from the journal of Society & Animals, Barbara McDonald examines how individuals learn to become vegan and then continue to sustain their lifestyles. She defines the key steps of the vegan transformation process as a catalytic experience, a period of repression, an orientation stage (in which one makes the decision to learn more), the learning process, the decision to go vegan, and finally, a new world view. This “world view” is essentially the ideology that guides the new vegan’s lifestyle, and is necessary in order for them to remain vegan. She concludes: “…if (individuals) are to be successfully educated about the vegan lifestyle, they must understand the ideological basis for veganism as well as learn the tools for living a vegan lifestyle.”[2] While these vegan lifestyle YouTubers use their platforms to discuss consumption, ethics, animal rights, and the environment, much of their work revolves around making the lifestyle approachable, accessible, and appealing.

Sociologist Elizabeth Cherry examines how vegans sustain their socially conscious consumption practices in two essays – Veganism as a Cultural Movement: A Relational Approach (2006) from the journal of Social Movement Studies, and I Was a Teenage Vegan: Motivation and Maintenance of Lifestyle Movements (2015) from the journal of Sociological Inquiry. In I Was a Teenage Vegan Cherry supports McDonald’s assertion that becoming vegan requires a catalytic experience and learning stage, which results in a transformation in identity and practices. An ideological shift, however, is not sufficient for upholding a vegan lifestyle. She writes, “Participants in lifestyle activism need social support for retention. This is especially important for veganism, which affects many areas of one’s life, including practical aspects like grocery shopping and social situations like eating with friends.”[3] In her research for both essays Cherry interviewed 22 vegans from various backgrounds and found a clear distinction between what she calls “punk vegans” and “non-punk vegans.” About half of Cherry’s participants identified with the “political punk” or “hardcore punk” subculture and she defines their punk practice as “…a state of mind and a willingness to change society. This was accomplished through a DIY movement, characterized by independent bands, record labels, and book presses, as well as a politically progressive way of living.”[4] Punk vegans were found to be stricter in their veganism than their non-punk counterparts, presumably due in part to the fact that they had a strong social system in which their lifestyle was supported. In Veganism as a Cultural Movement, Cherry notes that many of the non-punk vegans she interviewed were not only more flexible in their definitions of veganism (occasionally eating and purchasing non-vegan items), but often didn’t know any other vegans.[5] This lack of social support likely contributed to the non-punk vegan participants’ looser adherence to vegan principles. Cherry ultimately concludes that “supportive social networks (are) invaluable to maintaining a vegan lifestyle and thus to sustaining the vegan movement.”[6]

Based on data provided by three young women who use both YouTube and Instagram to foster their digital communities, it is clear that internet-based outreach attracts a large, youthful audience. These women include chef and blogger Jenné Claiborne of Sweet Potato Soul, and college students Olivia Biermann of Liv B (formerly Liv’s Healthy Life) and Amanda Sevilla of applesandamandas. As evidenced by their channel’s analytics, most of their viewers fall between the ages of 18 and 24, and the overwhelming majority of their audience is female. Based on the focus of their content, non-vegan beauty and lifestyle blogger’s likely have similar audience breakdowns, thus providing a popular aesthetic and rhetorical mode for vegan lifestyle bloggers to borrow from. Common types of mainstream beauty and lifestyle blogger videos include tutorials, daily vlogs, travel vlogs, “hauls,” collaborations, product reviews, unboxings, apartment/house tours, advice segments, and favorites videos.

Vegan cooking and lifestyle YouTubers appropriate many of these same formats, including hauls (grocery related), unboxings (when they receive products from vegan companies), home tours (and kitchen and pantry tours), Q & A’s (including questions related to their lifestyle), collaborations with other vegan YouTubers, and daily vlogs and travel vlogs (focusing on what they’re eating). Vegan YouTubers who cook on their channels produce content in a manner that’s comparable to the verbal and visual design of make-up tutorials – intercutting between highlighting a product or ingredient before it’s used, isolating the act of production, and using a combination of direct-address dialogue and voice over to dictate every step of the process. Vegan taste test videos also seem to emulate make-up product reviews, in which the YouTuber often sits directly in front of the camera and goes through each product individually, voicing their opinion on its effectiveness. Vegan YouTubers will instead taste test and review different non-dairy ice cream flavors, candy, imitation meat products, and new snacks on the market.

In her book, The Vegan Studies Project, author Laura Wright notes, “Being vegan, no matter where and when, has always constituted a nonnormative position…”[7] Identifying with a fringe lifestyle, and one which certainly exists outside of the norm of American eating and consumer habits, means that sustaining a vegan lifestyle can be difficult for those who don’t have strong social support. By mirroring the aesthetic and rhetorical approach of popular non-vegan beauty and lifestyle YouTubers, vegan YouTubers are able to access an expansive, mainly young female audience. By sharing vegan cooking and lifestyle content on YouTube and Instagram, these women not only expose omnivores to vegan practices, but they assert themselves as an online resource for vegans. Generating content that supports vegan living, as well as maintaining digital spaces where vegans can connect with each other, allows these cooking and lifestyle YouTubers to harbor a digital social community for those who may not know other vegans in real life. By emulating the formats, aesthetics, and rhetorical approach of mainstream beauty and lifestyle YouTubers, Vegan digital content creators position themselves to reach a youth audience of both omnivores and vegans. On YouTube and Instagram these women seek to make the vegan lifestyle not only accessible, but appealing, thus working to normalize the movement in the eyes of mainstream consumers. And on these digital platforms vegan fans from across the world can connect with one another and create an online community of supporters, ultimately strengthening the chance that socially isolated vegans may remain steadfast in their lifestyle commitments.