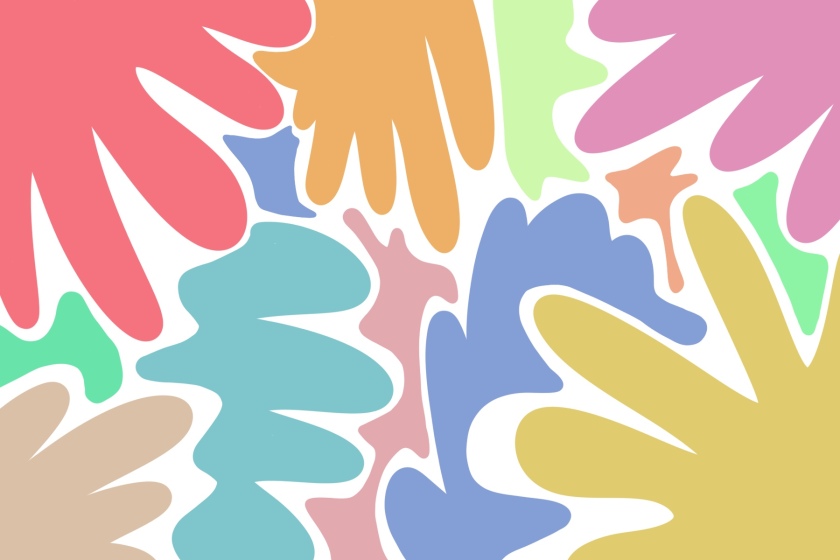 It’s been a few months since my last post, and I finally felt like checking in again. After losing my dad, I didn’t have the energy or desire to work on Catch-all, so I posted a few times and took another much-needed break. But as time has passed, and I’m finding joy in things like blogging again, I’ve decided to give Catch-all another shot.

Since my last blog post, a couple of major things have happened. I married the love of my life in a small ceremony at Griffith Park in Los Angeles, and we entered a new chapter together in this ever-changing and always unpredictable book that is life. Towards the end of December we adopted two adorable little dogs, who were found as strays together and never claimed by a guardian. They’ve both brought so much joy into my life and I like to think of them as gifts from my dad.

Here’s Joni and Murphy healing after being spayed ❤

Last February I wrote about Lady Bird and how that film reminded me of “the sloppy hopefulness of the spirit I once had.” I wanted to be excited again about the uncertainty of life and the joy of doing the things I love, but instead of making time for my hobbies, I let things get in the way again. Losing my dad was a sudden and painful reminder of the briefness of life, and after some time had passed I reminded myself that it was time to focus on the things I enjoy doing again.

Drawing is something I did for fun and to relax, especially in high school. After college I slowly let it slip away until I didn’t draw anymore. I used to spend hours discovering new bands and listening to music, but music steadily became less of a part of my life. Interior design was a love of mine since childhood, and I would read design magazines and decoupage furniture and paint the walls of every apartment I moved into. That stopped too. Going to the movies and watching old films was something I always made time for, but this past year I felt like a barely watched anything. And working on this blog was enjoyable and rewarding for a number of years, but that changed as well.

Because I’ve lost my dad, someone I thought would always be there, I look at and experience everything a bit differently now. I always knew life was short as a general concept, but now I feel the reality of its shortness, and the pain of it, deeply. I understand that everything really could change or be over tomorrow—even in the next minute. So I plan to cherish each moment and actually spend time doing what I love, rather than just thinking about doing it. In the coming months I hope to be posting on Catch-all more often, and writing about what I’ve been watching or listening to. And I hope you spend time doing the things you enjoy too.