When I finally watched Greta Gerwig’s beautiful Lady Bird, I felt so much and still do. Unlike Lady Bird I have a wonderful mom who’s kind and understanding, I was never ashamed of my socio-economic status, and I wouldn’t lie to a peer about the house I live in or who I’m friends with. But like Lady Bird I wanted to go to college in New York City despite never having been there, felt stifled by the mid-sized city I called home, and was sure that there were bigger and better things out there for me – whatever that actually means. Lady Bird somehow brought me back to my undergraduate years, when I felt like the world was this new and exciting place to explore and express myself within. Since then I’ve grown to be more realistic and a bit cynical, but seeing Lady Bird’s struggle to figure herself out reminded me of a part of myself I had forgotten. While I’m much more sure of myself than I was in college, I missed the hopefulness I found within my confusion. I … 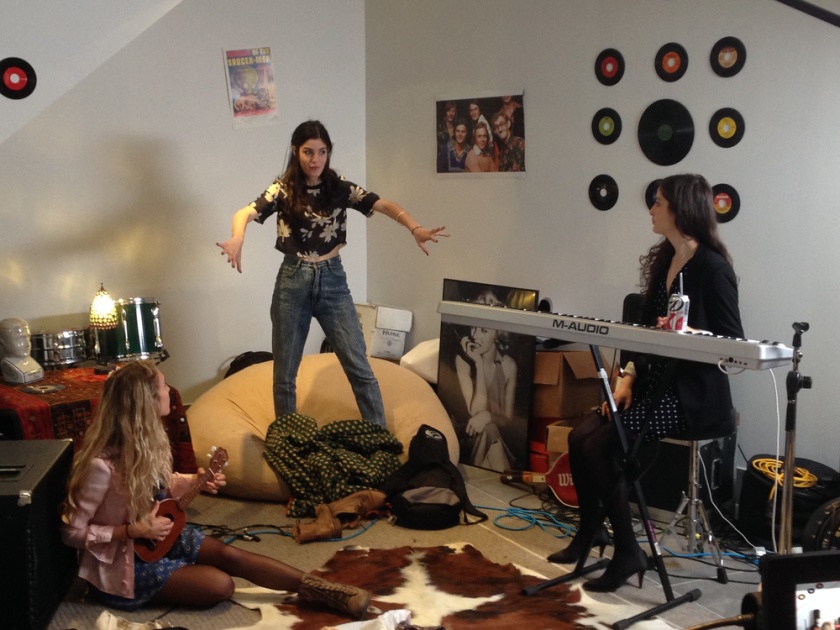 Oh the trials and tribulations of post-college life. We’re led to believe that once we graduate everything will fall perfectly into place, but that couldn’t be further from the truth. Life becomes exponentially more complicated, and the friends who were like family during college are now drifting in opposite directions. At times, it’s a struggle even knowing who you are or where you’re going. How do you continue on your own down the path you’ve foraged? And how do you keep your friendships together in the process? “Young Like Us” – a charming and thoughtful eight-episode web series on YouTube – asks these questions and more. The series features three ex-roommates, Mia, Ava, and Charlie, who start a fake band in order to sustain their bond after they’ve graduated and moved out of their Brooklyn apartment. Their band-practice room becomes a place of refuge, where they can escape together and share the tales of their daily struggles and triumphs. Through their music, the characters are able to explore feelings about relationships, sexuality, identity, and what the future may hold. In each … 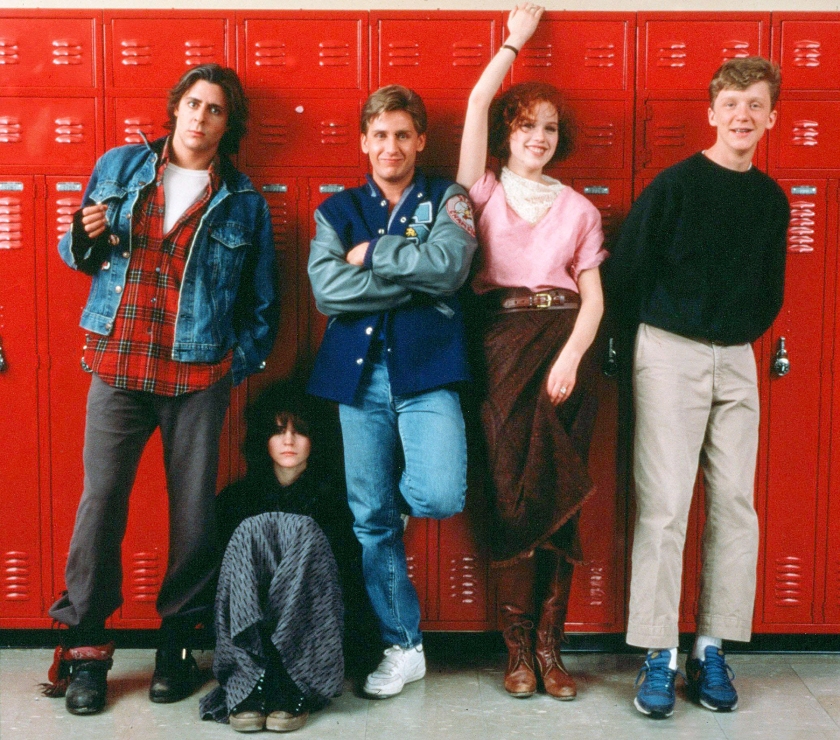 The Breakfast Club opened on February 15th, 1985, making it 30 years old today. Written, directed, and produced by John Hughes and starring Molly Ringwald, Emilio Estevez, Anthony Michael Hall, Judd Nelson, and Ally Sheedy, The Breakfast Club remains one of the greatest high school films of all time. I first saw John Hughes’ classic when I was in high school, either my freshman or sophomore year, and discovering it felt like a weight had been lifted off of my shoulders. I had something to turn to. High school certainly wasn’t my favorite time; I was neither uncool, nor popular, and in retrospect I understand how difficult those years of self-discovery truly were. The Breakfast Club made it easier. I could see a piece of myself in each character, and it was a relief to know that everything was going to be okay. What were the most important lessons I learned from The Breakfast Club? We’re all human – we’re all misunderstood – and we all just want to be heard. 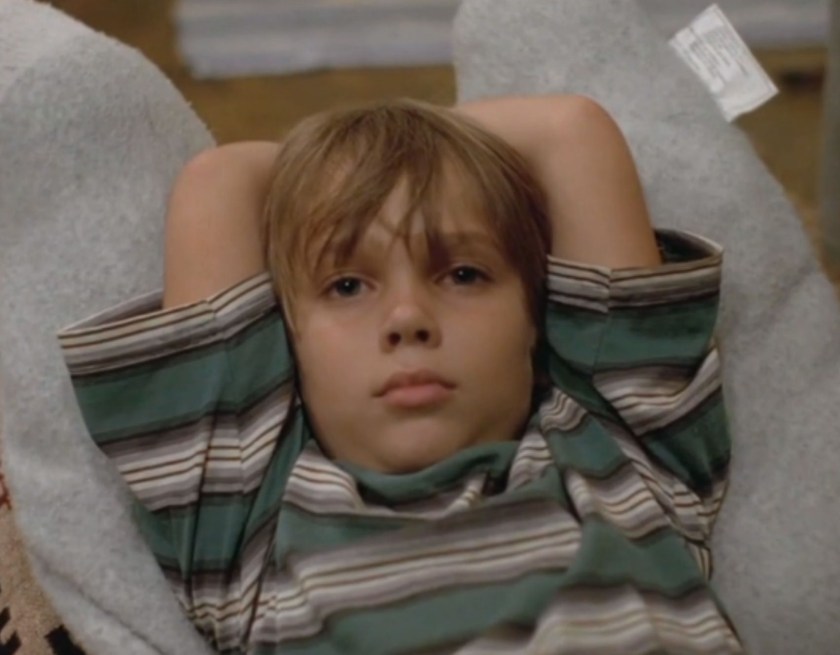 Negative criticism is fun to write. It leaves us with an air of self-satisfaction, and from the safety our position accords, it allows us to poke fun at someone else’s vision; an opportunity we grasp at as critics. But to fall in love with a film is the greatest treasure offered by cinema. It’s the mesmerizing and enchanting feeling that leaves us spellbound and in awe, and is what drives us to continue to watch films. No such negative criticism should be embellished upon Richard Linklater’s coming-of-age drama, for it’s a peerless effort that stands alone. Boyhood follows the story of Mason (Ellar Coltrane) from age five to eighteen, where we live and breathe his experiences from boyhood through adolescence. We see him bicker often with his sister Samantha (Lorelei Linklater), and join him right through his relatable teenage episodes that seem as real as the grooves in the palms of your hands. Filmed over twelve years, and lovingly sutured together, Richard Linklater’s vision transforms into reality. It’s almost as if we are offered snippets of Ellar Coltrane’s life … 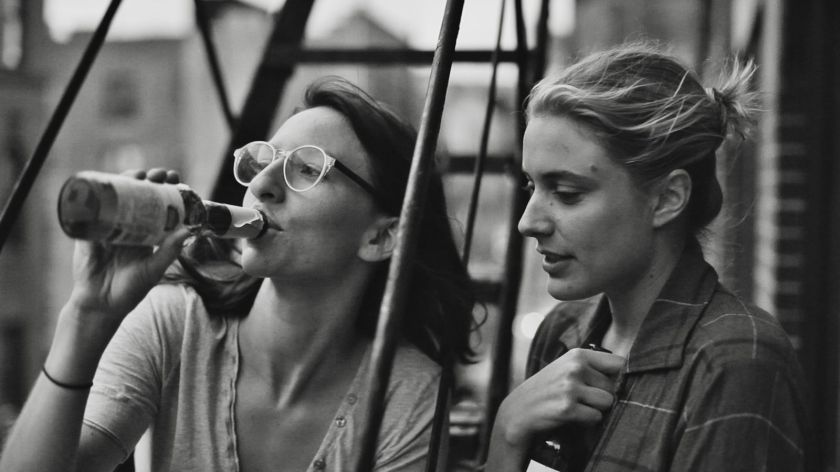 I loved Frances Ha. Here’s why: 1. Greta Gerwig is fantastic as Frances. Absolutely and completely fantastic. 2. I can’t help but see a little bit of myself in her character – as I’m sure every young woman can. 3. It was beautifully shot. I’m also a sap for some good ole’ black and white film. 4. The french new wave influence is pretty obvious and pretty wonderful. 5. Frances is a real girl. She is unsure, curious, clumsy, funny, and self-deprecating. She knows exactly what she wants and won’t give up, but stumbles along the way. She’s genuine, and genuinely written. She’s flawed, but terribly awesome. 6. There are major ups and downs in Frances and Sophie’s friendship, and they’re natural. Everyone has drifted apart from the person they thought they’d be close with forever. It’s an inevitable part of growing up, and Frances Ha presents it honestly and with humor. 7. It’s a coming-of-age/quarter-life-crisis film. 8. I appreciate the realism in the subtle moments of dialogue, eye contact, and awkward body language. It’s true to what 20-somethings discovering themselves are …